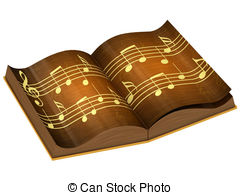 I can remember going, as a teenager, to a lecture in Bolton, given by a Christian Missionary called Guy Clutton Brock. It was called “Dawn in Nyasaland” and told us all about spreading the Gospel in that African country south of the Equator which is now Malawi. A few years later at Edinburgh University, I discovered that the president of Malawi, a Christian, had also been an alumni of Edinburgh. A few years later still, my younger brother was working for some time as an engineer building a Hydro-electric scheme, again in Malawi. When I read recently in the Church Times, in a very tiny column where I would not look normally, an advert hoping someone had hymn books to spare………. and they were our hymn books and we were shortly to have them to spare and it was for MALAWI, I felt that these were coincidences I had to pursue.

Fortunately the PCC agreed and we have decided that our old hymn books will have a new home eventually, as it will take more than two months for them to arrive, at St Paul’s Church, Blantyre, which is the capital of Malawi.  We have decided to donate the books but the shipping costs will be paid by the gentleman who appealed for the books. He is a Professor of Tropical Medicine, based at The Liverpool Hospital of Tropical Medicine, but who, with his doctor wife, has worked in Blantyre for much of his career, dedicated to treating and preventing malaria. He tells me that AIDS is as much a threat now and that the people are very poor; the church serves many others even poorer in the area. They would like 300 books….what a lovely problem to have, proving the success of the early missionaries, but will be delighted to receive the 200 or so which we can send. They are really pleased at the news and can make use even of our shabbier ones which we will do our best to mend before we send.

I am sure you would all be pleased that our old books will be put to such good use in a new life and we will be praying for all those who will enjoy and value them.

If you think you might have one of the hymn books, which you might have borrowed, lurking in a cupboard, please consider dusting it off and releasing it to bringing joy again to the people of St Paul’s. Do this urgently though, as we are hoping to send the books off in the few days after Easter. They have a long journey to make and we are lucky to have new books to enjoy.

More about St Paul’s…. The Sunday services at St Paul’s, Blantyre, start with an English language communion service. Almost the entire congregation consists of Malawian people who are fluent in English; but the church is close to the city’s big hotels, and very often expatriates visiting the country come to St Paul’s for that service.  There is another Eucharist later in the morning in the local language (Chichewa). The church serves and supports a large number of smaller churches in the diocese, who are even less wealthy than St Paul’s. The churches play a big part in social activities including young people’s clubs and a programme targeting HIV-AIDS, which is epidemic in Malawi at present.

In St Paul’s is a large plaque commemorating Bishop Mackenzie, who died, aged 37, of malaria (as did many others) when visiting David Livingstone in southern Malawi in 1862.

Give thanks for our good fortune, and pray for all Christians in Africa, especially in Malawi.