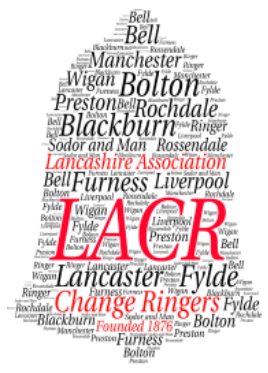 It was lovely to welcome the Bolton branch of the Lancashire Bellringers Association to ring in our tower once again on 20th January during our Coffee Morning.  Our ringers and the rest of the branch will be heading off to Liverpool in March to ring the Cathedral bells which happen to be the heaviest full-circle ringing bells in the world – what a great opportunity!!  Remember there is always a space for you on our team and if you would like to take up bellringing just have a word with our Tower Captain – Mike Kay.

STANDING UP FOR CHURCHES – Protection for church bells

Church bells are to win protection under new planning rules to stop people who move into towns and villages forcing councils to silence them.  Ministers said official planning guidance in England would be changed for new homes to show that the Government is now “standing up for churches”.  Churches have repeatedly had to comply with noise abatement orders to silence church bells after complaints from often only a handful of homeowners despite the fact that they have tolled for decades.

National planning policy already sets out that businesses should not have unreasonable restrictions put on them because of changes in nearby land uses since they were established. However, ministers said they were “minded to amend the National Planning Policy Framework to give greater emphasis to this matter, by setting out that planning policies and decisions should take account of existing businesses and other organisations, such as churches, community pubs and music venues, when locating new development nearby”.

A Whitehall source said “planning rules already make clear that businesses, and churches, should not have unreasonable limits put on them because new properties have sprouted up since they were built. Developers will be responsible for identifying and solving any sound problems, if granted permission to build, and avoid music venues, community and sports clubs and churches running into expensive issues as a result of complaints from new neighbours.”